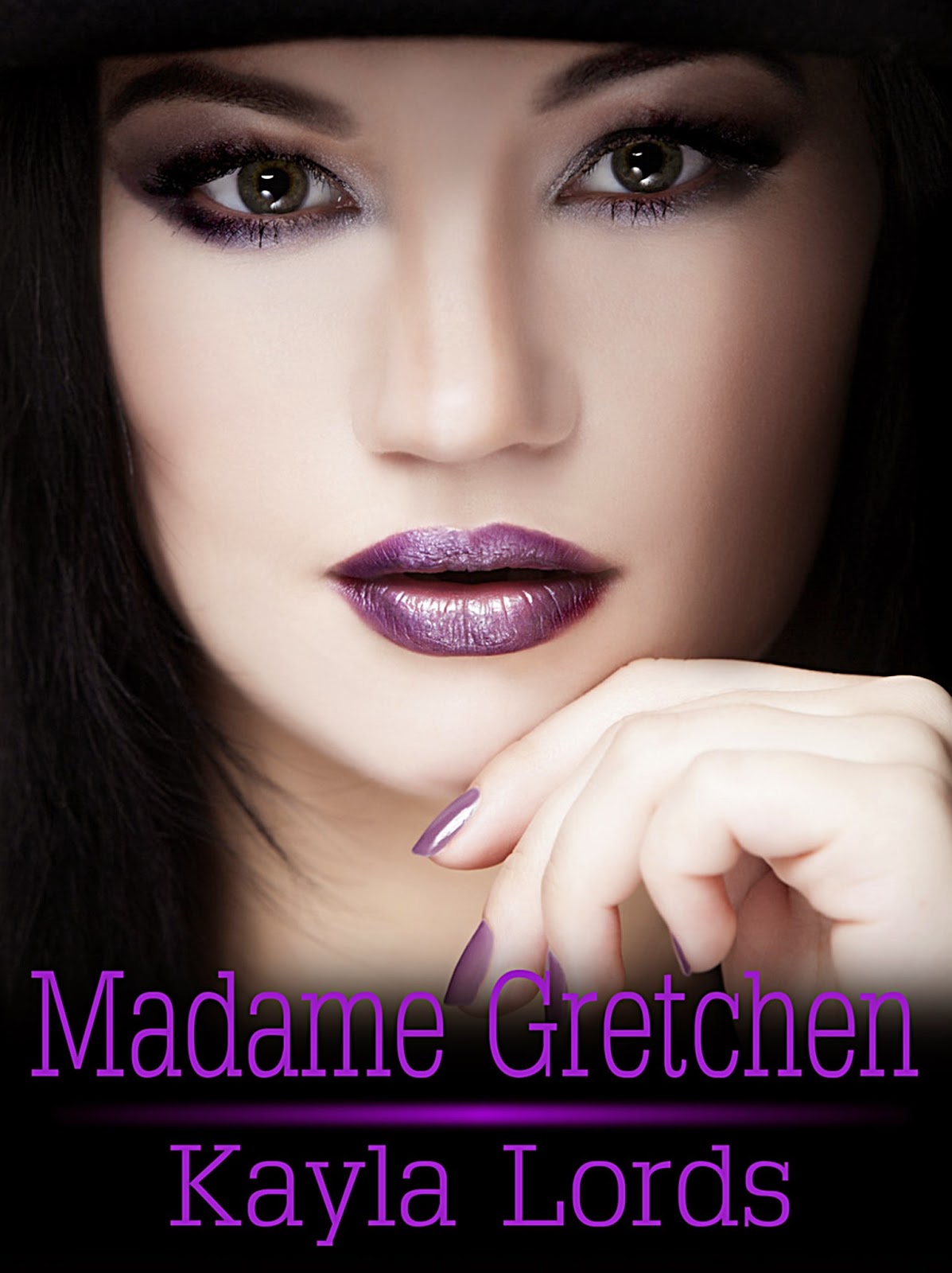 Excerpt:
Facing the room, she allowed a mischievous smile to appear. Most of her submissive clients cringed and dripped when they saw this smile. She was about to push boundaries and expand minds - her favorite part of Domination.
"Ok, partner up. Missy and Pup, for tonight, you may stay together if you choose, but understand this will be the last time I allow it." She crossed her arms, leaning back into her heels, watching how they paired off.
Ivory, sweet, sweet Ivory, went right for Drake. Madame Gretchen liked her even more. She was confident in herself, and it showed. Drake could see it too, as his smile widened as she reached out to shake his hand and introduce herself. She could see Ivory's dimple from here, deepening as she giggled and flirted.
Bella looked confused and awkward. Randy Boy reached out to pat her hand and looked only at her face. Madame Gretchen sensed he was trying to comfort her and help her feel less conspicuous. She admired him for it.
"Ok, we're boy-girl, huh? Well that does make the instructions easier, doesn't it?" She couldn't keep the evil grin from her face or the humor from her voice, nor did she try. Things were about to get interesting. "Ladies first! Men, arms at your side, eyes forward. Ladies, I want you to look at the man in front of you from head to toe and back up again. Just your eyes, no matter how tempted your are to touch your partner. We'll get to that later."
She ignored the furtive glances from the room at her last statement.
The moment the men knew someone's eyes were on them, their cocks begged for attention, twitching and jerking, coming to life, filling, leaning forward, begging for attention. She could hear the men's breath hitching in their throats as their bodies betrayed whatever their faces attempted to convey. The smell of desire and fear filled the room and it made her wet with desire. Missy smirked as her eyes blazed a trail up and down Pup's wide body. Madame Gretchen could feel the submissive switching to her Domme side. Her eyes changed first, becoming hard and glittery, then her posture changed from unsure to commanding. Ivory giggled and licked her lips over and over, her dark skin becoming impossibly darker as she blushed. Madame Gretchen didn't blame her, she might have done the same if faced with Drake's perfect beauty. Bella was going to be a hard one to crack. Madame Gretchen watched as she started at Randy Boy's face, gazed down his chest and stomach and then skipped down to his knees. It was the same on the way back up.
"Bella! I think you're missing a very important part of this exercise." Madame Gretchen could see the flush in her skin from across the room. She made no move to join the couple. "Try again. Don't make me resort to harsher methods."
"Yes, Ma'am." Bella licked her lips and tried again. She still averted her eyes away from Randy's cock.
"Bella, on your knees, eyes forward."
The shy submissive looked as if she would argue with Madame Gretchen for a split second. One look into the Domme's eyes changed her mind. She shook as she fell to her knees, her head bowed, her hair a dark curtain covering her face.
"Eyes up, Bella. Don't make me say it again."
Bella forced her gaze up and stared straight at Randy's groin. Her gulp and subsequent gasp were audible. Her eyes widened as she watched his body respond to her proximity and her attention. There was easily three feet of space between them, but his body reacted all the same.
Madame Gretchen continued the exercise until the women began to squirm slightly and lean closer to their male partners.
"Ok, now it's time to switch! Bella you may stand again. Eyes forward, ladies. Men, look to your heart's content." She sang out the command as if she were sending children out to recess.
As she expected, the men completed the task differently. They didn't simply stare at the women's faces, torsos, tits, pussy, and legs. Like wolves, they prowled around the women, leaning in, inhaling their scent, taking in every detail they could. Drake licked his lips every time his eyes touched Ivory's full breasts. Pup couldn't keep his eyes from Missy's slit and mound. Randy Boy was the least obvious of the three men, but Madame Gretchen noted how his eyes were riveted to Bella's hips and the globes of her ass.
As if on cue, the women's breathing became raspy. Madame Gretchen could smell the desire in the room. Whether it belonged to the women or the men mattered not, the affect was the same. The voyeur and Domme in her was ready for the last part of tonight's lesson.

Author Bio:
I discovered my love of writing at age seven and my sexual fantasies by age 13. It took a divorce and re-entry into the dating to world to find my sexual power and voice. I am a sexual submissive in the BDSM lifestyle which is not as extreme and terrifying as it may first appear from the outside looking in.
I write BDSM-themed erotica with a focus on dominance and submission (D/s). I not only want to turn my readers on, but I want them to realize that D/s is more than just a kink and isn't scary or degrading.
A blogger, tweeter, and talker, I love interacting with my readers as much as possible!