Win an e-copy of Come Tame Me!

Who Wants an E-copy??
Head over to FReado and check out their summer party, click on Come Tame Me to be in on a chance to win ONE of TEN copies I'm giving away on June 29th! I knoooow! How cool is that?
Also on the right side is a link to The Romance Reviews Summer Sizzling Reads party the entire month of June. I hope all of you have fun at both sites and win some awesome prizes during the month. FYI - you do have to register at each sit to play in the games and enter the drawings.

Good Luck to everyone! 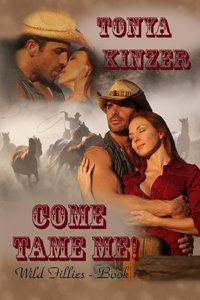 Check out Book 3 in her M/M series, Soul Magic - by Poppy Dennison! 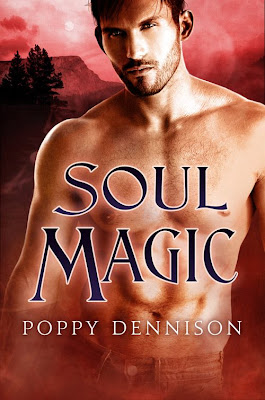 This week's author loves male/male romance and brings you book three in her series. Be sure to visit her website to check out books one and two along with upcoming books. Poppy is also holding a contest to win an e-copy of Soul Magic!

Blood runs soul-deep. Cormac hasn’t been the same since the night the High Moon Pack was attacked. With his magic weakened, he’s consumed by a bloodlust he hasn’t felt since he first became a vampire. His need to replenish his power makes him a danger to his last remaining family member, and his hunger makes him careless. And that’s just the beginning of his troubles. Feeding from pack beta Liam Benson was supposed to slake his appetite, not leave him craving more.
Simon Osborne and Gray Townsend are trying to fight a being history says shouldn’t exist—one with all three types of magic. The pack must use all of their resources to combat the mysterious triad, even turning to the shady Council of Mages for help. While Cormac struggles to reconcile his past failures with his current desires, Simon must attempt the impossible: an alliance between mind, body, and soul.

A sassy southern lady, Poppy Dennison developed an obsession with things that go bump in the night in her early years after a barn door flew off its hinges and nearly squashed her. Convinced it was a ghost trying to get her attention, she started looking for other strange and mysterious happenings around her. Not satisfied with what she found, Poppy has traveled to Greece, Malaysia and England to find inspiration for the burly bears and silver foxes that melt her butter. Her love of paranormal continues to flourish nearly thirty years later, and she writes steamy love stories about the very things that used to keep her up all night. If her childhood ghost is lucky, maybe one day she’ll give him his own happily ever after.

CONTEST:  Comment with email addy to be included in the drawing to win an e-copy of book three, Soul Magic! Good luck everyone!

Thank you all for stopping by!