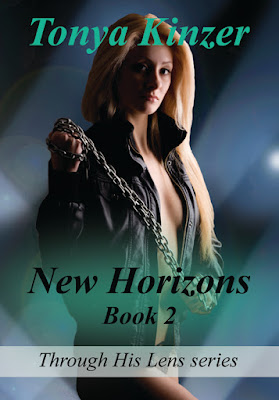 “I want to know more about the two women I’ll be interviewing tomorrow. You’ve piqued my curiosity and you know that’s not an easy thing to do. I’ve seen and done it all, but I’m a sucker for beautiful women. You’ve got me there.”

Read the rest of the post here »
Posted by Tonya Kinzer at 9:31 AM 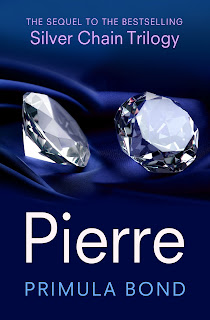 Primula Bond has been writing erotica for more than 20 years. She started with short stories for magazines and has written novels and novellas for Black Lace, Accent Press, Mischief and Avon. She works as a 'book doctor' for the Writers' Workshop and delivers workshops at writing festivals. Her most recent work, Pierre, is a sequel to the Unbreakable Trilogy which followed the passionate and dangerous passion between Gustav Levi and Serena Folkes, and explores the bad guy Pierre as he tries to come to terms with an accident that nearly killed him, and whether he can ever make amends. 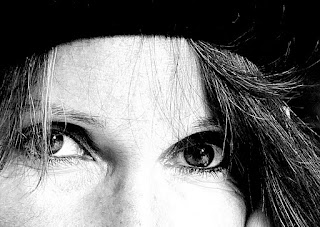 He slammed my arms above my head, on the window. The air conditioning was so cold on my skin. I was all goosebumps. Prickling, sensitive goosebumps. I had to press my tits against the glass. I like to rub until the nipples are burning.'
'This isn't you, Rosie. You sound so angry.'
I try to wrench my wrists away from him, but he has them fast, and heat is building up my arm. The taxi turns into the park and starts to drive across it, towards Bayswater.
'Men like their women bitter, don't they? Makes them grateful for what they can get.'
'Rosie. You can stop this now. I -'
'It didn't matter what he did to me. How he treated me. I'm just the carer, after all.'
I wait for his response, but his face is expressionless. Just a muscle twitching in his cheek. A flare of dark light behind his eyes.
'Your words, Levi. Not mine. So your friend, he was naked now. He doesn't go for foreplay. Maybe we were hot enough already. His cock was there, shoving into my buttocks. Big, hard, everything a girl could want. Off he went, grinding, pushing my thighs apart, pulling me so I was bent forwards, leaning on the window for support. Suddenly the track ended, embarrassing when that happens, and in that moment of two of ghastly silence you could just hear my hands, squeaking against the glass. Just his breath against my hair.'
Surprising rain drops start to fall on the taxi roof. Haphazardly at first, then breaking into a summer storm.
'           'The next track started. Figure it out. Loud enough to make your ears crackle.'
'I know,' growls Pierre, dragging at my wrist so I'm a little closer. 'I've heard that one, too.'
I look away from him, out of the car window, the city divided from us by a curtain of rain. I can see my reflection in the glass, just huge staring eyes, no other features.
'So I bent over , hands splayed against the window as if I was trying to get out. I was in that room while your friend, a virtual stranger, banged me.'
Pierre flinches. His eyelids narrow. He's pulled me closer to him so that I'm jammed up against his leg. It must hurt, but he shows no feeling at all. The taxi is at the north gates of Kensington Gardens, indicating to go right towards Marble Arch.
'No blinds in those apartments. No curtains. Bright spotlights in the ceilings and darkness outside, so the whole of London can watch. All those other bright windows, eyes searching the night, people walking beneath us, boats on the Thames, cars crossing the river. I wanted to shout at all of them come on, watch me!'
'I'd love to watch you, Rosie,' murmurs Pierre, loosening his fingers. There are four dents on each one and a thumb-shaped bruise underneath. 'But only me. Not the whole of London.'
'Do you know what Daniele used to say when we were in bed? Me dicen tu fantasia.'
'And what is your fantasy?'
The heat is dying down now. In fact, I'm starting to shiver. Pierre puts his arm round me.
'I wasn't quite wet. The resistance, the hint of pain, the giving pop was all the hornier.' I shift forward on the seat, but he keeps hold of me. 'We moved. It was really uncomfortable, pinned by him, pushing awkwardly against the window, my thighs were aching. A red bus trundled across the bridge. A neat row of faces on the top deck all turned to look out.'
I keep my eyes on my reflection, just as I am in this story.
'The track changed to a drumming solo, frenzied, tribal, and Robinson was thrusting in time to it, banging me up against the window, lifting me with the force of it. In the glass we looked like animals humping and then he was coming, shouting. I couldn't hear him because the drumming was repeating itself, over and over, stuck in a riff like a runaway train on broken tracks.'
I'm wandering in my story now, losing concentration. At some point I've started crying, because tears are trickling down my cheeks. I'm talking about this other guy and yet all I'm conscious of is Pierre's arm around me, his fingers fanned over my side.
'Did you come, Rosie? Did Robinson Junior make you come?'
I close my eyes, get myself back to the story.
'He was gripping my hips so as not to slip out, staying stiff, still rocking. I thought he was going to start all over again. I closed my eyes, I wanted to visualise the man I really want, and it worked, I was closer than I thought, and in a quick burst I came, then my knees buckled, he was slipping out of me, and I just fell down on the hard floor.  He tried to help me up but I shook him off and he walked off.'
'We're nearly there. Is this story true?'

WHERE TO FIND ME


Thank you for stopping by,
Please use the share button below
to help Primula reach more friends! 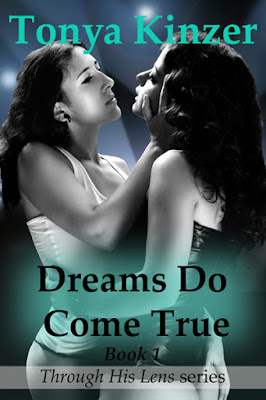 Through His Lens Series
Lesbian Romance

Meet Sandi from Dreams Do Come True. Tonya Kinzer got the chance to talk with Sandi at a local cafe after one of her shoots with Daniel, her photographer. They’ve each ordered a glass of Cab with a meat and cheese tray.

Tonya: I have to ask what it’s like working with Daniel.

Sandi: He’s a sweetheart for sure. I’m always on the watch for women who would make a good model for him. Daniel knows how to work lighting so his models photograph the best. There’s no pressure because he puts you at ease, makes you calm down before he begins, but his green eyes still make me crazy. If I were interested in men, he’d be a front runner. Actually, we did have a thing a while back. I ended it before I got too attached because most of my relationships haven’t gone well. I have a mind of my own and don’t take orders well when it comes to restricting who I hang out with.

Read the rest of the post here »
Posted by Tonya Kinzer at 9:39 AM 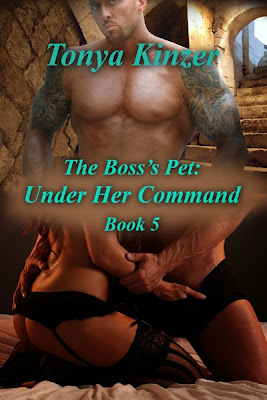 For those who may be new readers to my work, this is book 5 in the series. Thank you for stopping in to see what the chatter is all about. Nick and Sondra's relationship moves forward in each book and she learns enough about the Dom/sub lifestyle to take hold of her own flogger in book five! There are more than a few Doms she gets to master, tease, and tantalize! On the cover is the world's most tattooed cover model, John Quinlan! Thank you, John, for being a part of my cover series! He's also in a 2017 movie that he's working on right now. Stop by his page.
Book five is now on sale at Smashwords (use the link below) for 33% off until February 13th. At the checkout screen, use coupon code JT63G to get the e-book for $2.00. Just click the link below!


As always, book one, The Contract, is FREE if this is your first time to find my books. Nick hires Sondra to work in his office and she plays hard to get, but he breaks through her tough exterior. What he finds is a woman who's not heard of bondage play in the bedroom and becomes her teacher and master of all. I hope you enjoy the entire series. My other books can be found on my website and at most online book stores. Thank you for visiting my blog.


WHERE TO FIND ME

Please use the share buttons
to let others know about the SALE!