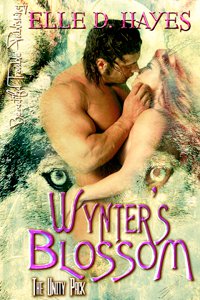 Elle Hayes - Day Four
Elle:  Good morning Alpha Grey.
Wynter: Good morning Elle. I thought we agreed you’d call me Wyn? (Although said in a playful tone, there is no doubt that this man expects his requests to be obeyed).

Elle:  Wyn it is then. Thank you for agreeing to speak with me.

Wynter:  Still not sure why you wanted to, but Sarah felt strongly about us talking.

Elle:  You’re the Alpha and the subject of the first book about your pack. I just want to give readers an opportunity to learn more about you.

Elle:  What inspired you to form Unity?
Wynter:  I wandered for many years with my best friend Chazke. We just didn’t feel like we fit into the traditional pack structure. When we met Pop (the pack elder) he actually planted the seed that would eventually harvest Unity.

Wynter:  He told us to stop complaining like a bunch of pups fighting over a tit. His words, not mine. Said if we didn’t like the way things were done in the old packs we should form our own.

Elle:   Have you settled into your role as Alpha?

Wynter:  Oh yeah. I started by surrounding myself with honorable males. Finding Sarah and Summer has been the icing on my cake.

Elle:  I bet things can get crazy with so many strong willed males around though?
Wynter:  Not really. We are united in our goal to lay the foundation for a great pack. Are we rowdy? Yeah, but there’s a level of mutual respect throughout the pack that you don’t often see with so many males.
Elle:  Tell me how pack life has changed since Sarah came into your life.

Wynter:  (Smiles and looks over to the swing where Sarah is pushing her daughter Summer). She’s softening some of the rough edges. They both are. There’s nothing like the sound of happy young to bring even the toughest males to their knees.

Elle:  She is a little sweetie. Do you ever think about having more children?

Wynter:  I think about it all the time, but we’ll do that on Sarah’s timeline. I want her to have time to just enjoy Summer and get fully acclimated to her life here.

Elle:  After my discussion with her earlier I think it’s safe to say that she’s well on her way.
Wynter:  Good because the pack is better with her in it. She’s enriched us with her presence and I think we have emboldened her with our devotion. Every male in this pack would put his life on the line for her and Summer. (He turns his head quickly a split second before I hear Summer let out a wail of displeasure.) Are we done here?

Wynter:  Good because I think somebody is ready for a nap. Thank you for doing such a good job of telling our story. I look forward to reading the next installment.

Elle:  Thank you for giving me the opportunity. I think I’ll go see what trouble I can stir up with the enforcers. (With a smile and a nod of approval the Alpha leaves me to see to his family. I don’t think I’ll ever get tired of seeing the bond he and Sarah share as they smile at each other.)

To learn more about Wyn, Sarah and the rest of the Unity Pack, pick up your copy of Wynter’s Blossom when it’s released in July 2011 on Beautiful Trouble Publishing.
Posted by Tonya Kinzer at 3:05 AM