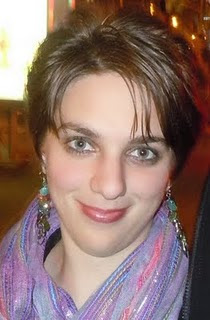 Writing What I Don’t Know

I’m often asked why and how I write something I can never experience (such as a relationship between two gay men, since I’m a straight woman). My simple answer is: The same way I write my papers for school, research and imagination.
But that’s a short blog post, so I’ll explain further. When I was working exclusively on the Taylor Twins Series, I read books in the m/m genre, as well as general romance, to get a feel of conventions. Then, I promptly decided which conventions to use and which to throw away. I don’t subscribe to traditions—of any kind—just because they exist. Nor do I reject them haphazardly. However, some of the research proved very useful. In my first book dealing with a male/male relationship, I had to figure out what was physically possible. I try to keep my books real in that sense. But no matter what I’m writing, the scenes are driven by the character’s emotions and motivations. Otherwise you’ve got porn, which is fine for some, but I want more for my boys.
As to why I write relationships I can’t experience, i.e. male/male, that answer is a bit more complicated. In The Taylor Twins Series, I started with a concept of twins trying to get their sizeable trust funds. I figured Matt out. He hated his job, but had to continue if he wanted the money. His story began with the destructive ways he dealt with this conundrum. Chris was a little more complicated. His ‘assignment’ was to marry and have a son. I had to ask myself why this was a problem. Seems simple, assuming he’s a likeable guy, which he was, but the conflict came in when his father, Robert, didn’t approve of his choice of a partner. My first thought regarding Robert’s reason for condemning this lied in their differences in social class. I wasn’t sure if it would be enough. Regardless, Chris and I worked together to get the picture of his great love: long dark hair, green eyes, slender build from years of dancing, and…male. Why he didn’t just say that is beyond my comprehension, but we had our story. Theirs was a love worth risking it all, and then a little more.
Entirely different from The Taylor Twins Series is Ben’s Life Series. My publisher requested a m/m erotica novella series. I agreed, but pushed it off because I was so in love with my other characters I was afraid to write anything else. Then, I became a little blocked working on the fourth book in that series, so I set it aside. Around this time, I started seeing an increase in BDSM books, specifically highlighting the Dom/sub relationship, in my editing and reading pile. Aside from a few talented authors, I was appalled. Doms cut their subs down verbally, didn’t take no for an answer, and in one very popular book, he continued doling out punishments after his sub refused to sign the contract agreeing to participate in the lifestyle. Let me make this clear: she adamantly said no, and he still hit her. That is the definition of abuse. I went from appalled to angry the more I read and decided to use the contracted m/m erotica Lazy Day asked to portray this type of relationship another way. Back to research. I found information on the lifestyle and spoke to participants in various levels of involvement: Doms, subs, switches; people who went to a club occasionally (or only once) to those involved in long term relationships where these roles were present. I sat on the information for a day or two before I started writing to think about how I wanted it to play out. 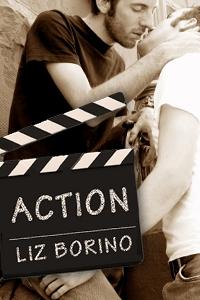 The sub, Zack, had to be eager to take on the role. He and Steve, the Dom, sat and constructed and signed a contract, before the roles were solidified. Part of what made it Zack’s choice was his success independent of Steve. His need, then, was emotional and physical, as opposed to financial. Zack gave up control and accepted punishments because of one simple, yet essential fact: he loves Steve. With that love came a soul deep trust. And Steve, for his part, never disciplined Zack because he enjoyed causing him pain. Rather, the discipline, both physical and emotional, brought out the man Zack wanted to be.
Is Action a 100% accurate reflection of the lifestyle? No, probably not. But do you know what all that research taught me? No two couples/people will practice the same way. Action demonstrates how Zack and Steve live and love. And there’s more to come. Why do I write what I write? To excite readers and tell a story I believe in. Oh, and, it’s hot.