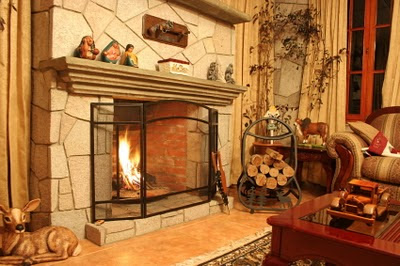 Lani:  Thanks for allowing me to blog on this fine Wednesday, Tonya! It’s been fun! Today we will talk about story one in my Ark series. The Ark Hotel: Two by Two


Dooms day, the Mayans predict the end of the world, while the owners of The Ark Hotel predict sex lottery Jackpots.
Abused, Angeline Perkins learns about the risqué hotel catering to sex and escapes the clutches of her abuser on search for revenge domination. She never expects to run into a caring man.
Alone, David Hawthorne is content in his humble world, but when he meets Angie his world is rocked with passion. He wants her to understand she doesn’t need to dominate.
Constantly looking over her shoulder waiting for the past to explode, the desire to dominate withers with each second spent with David. Will she change her mind and ask him to partner with her?
After all, David holds the Skelton key to the family business.
Tonya:  Any inspiration, or did the story just appear out of nowhere?

Lani:  I tumbled over ideas for stories and then began thinking about the “End of The World.” So I would say the Mayans helped me.
Tonya:  How long did it take for you to complete the rough draft?
Lani:  One month.
Tonya:  Did you research?
Lani:  I did a little. I had to find the perfect location for the first Ark Hotel. I found Coeur d’ Alene, Idaho, translated it means Heart of an Awl or Heart of a Chisel. I wanted a place to chisel out hearts and make them thrive with love.
Tonya:  What's happening now in your world?
Lani:  Gosh, I’m writing stories left and right. So I was told to promote now and build a reader base.
Tonya:  What's the one writer’s tool you can't live without?
Lani:  My laptop. It’s my I.V. you know. lol Everywhere I go where I know there is an outlet I have my computer hooked up. If no outlet, then I take a notebook with me. I do find sometimes when I free hand I plot well.
Tonya:  What site/sites can we buy The Ark Hotel: Two by Two?
Lani:  Two by Two will be published in a Christmas anthology with Sizzler Intoxications. If Tonya wants, and after the story is published, I can blog again and raffle a giveaway.
Tonya:  What a great idea! I'd love to have you back so be sure to let me know when that happens. I'd be happy to add you to the schedule! Where can we find you?
Lani:  You can find my Author, Tiwtter, Facebook and Youtube pages on my blog at http://lanirhea.blogspot.com! Find me, I love making new friends!
Stop back by on Friday for a free excerpt on The Ark Hotel: Under Bonded Contract coming soon to you by Sizzler Intoxications. Remember, we’ll play a game on Friday…
This excerpt has not been professionally edited by my editor.