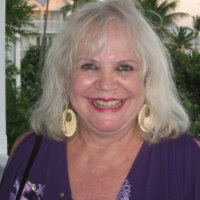 I have the honor of introducing many of you to a new author who is well on her way and more than qualified to write for your entertainment! Get comfy and enjoy the interview and excerpts!
First, a bit about this week's guest. Anne Carlisle holds a doctorate in 19th Century British Literature from Case Western Reserve University. Currently an Associate Professor and Course Chair at UMUC, she teaches college writing worldwide to U.S. military students. Formerly she served as a dean for Golden Gate University in San Francisco. While working as a newspaper columnist, magazine editor, theatre reviewer, and feature writer, she authored a book on writing and hundreds of articles. She and her  husband reside in Wilmington, North Carolina; Key West, Florida; and Seattle, Washington.
I told you she was more than qualified to write for your pleasure! Enjoy!

Tonya:  Anne, welcome to my blog where my little smut lovers will grab up copies of your books like candy. Thank you for being with us all week. Readers love to know more about their authors. Tell us a little more about yourself.

Anne:   I've been a writer since the second grade, when a friend and I collaborated on a steamy story about a school janitor we had the hots for.  My entire career has revolved around reading big, thick novels (I have a Ph. D. in 19th century British Literature) and writing, on a variety of subjects.  I've been a newspaper columnist, magazine feature writer/editor, theatre reviewer, hotel PR manager, platform speaker, university professor, senior academic administrator, and association executive. These roles all involve using words to make an impact.

Tonya:  I love the  18th and 19th centuries in Britain! For me, that hold much romance! Do you have a day job?

Anne:  I do, and I feel very fortunate in my day job. I've been in academe for much of my career. In San Francisco and in South Carolina, I worked as an academic dean.  Currently, I teach university students to write better as an online writing professor.  I view myself as their coach in an area that is so important to anyone's career.  I'm an Associate Professor and Course Chair  at University of Maryland/UMUC.  My students are U. S. military personnel stationed all over the globe, and we interact online.  I worry when I don't hear from them, as some are deployed in Afghanistan or Korea. I'm also a consultant for the American Council on Education in Washington, D.C.

Anne:  Your question brings to mind something I heard from author Shel Silverstein, who lived in Key West at the same time I did.  He once said to me that to him, an empty room was like a gymnasium; when he went in, he knew exactly what to do . That's how I feel about my home office. I sit down at the word processor, and I write.  I may write notes to students, emails, or work the novel, but the mood is the same; in my case, it's a feeling of attentiveness to the words.

Anne:  I keep them on scraps of paper--sometimes toilet paper or the backs of coupons.  Many ideas for my novels are written on a notepad I keep in my car, scratched hastily on the way into or out of the gym.

Anne: With the first book of my trilogy, Home Schooling: The Fire Night Ball, which was released only three months ago, I had a small "indie" publisher.  But having looked at the great flexibility of self-publishing, with the second book I plan to head straight to BookBaby.  I've found that I'm doing all the marketing work anyway, so I might as well get all the profits and more flexibility.  I just attended the Self Publishing Book Exposition in NYC on October 17.  It was a real eye-opener.  If I'm successful with my pitches for agency, I'll go with that opportunity.  If not, I'll self publish.  The opportunities are astounding, though success does involve working full time at marketing as well as working full time at writing...not the easiest task.

Tonya:  No it isn't. I know first hand! Marketing is what gets the books noticed but if you're not writing, you'll have nothing to market. The Boss wants me at the office as much as possible but he doesn't understand I also need to write for my readers. I would have loved to be there in NYC!  Are you a daytime writer, night time writer, and do you have to be alone to write?

Anne:  I do have to be alone, unless it's my husband watching TV while I write.  I write all day long; if I can't sleep, I may get up and write as well.

Tonya:  I'm a night owl and stay up too late sometimes. What advice would you give to new authors?

Anne:  Keep at it.  I gave up writing novels in my thirties and then came roaring back to it again three years ago.  It's never too late to start writing or start again.  It's amazing how everything has changed, though--amazing and invigorating. The castle gates are down, but now the huge tidal wave that is flowing through produces new challenges.

Tonya: Now is a great time to be an author. The door is wide open for those who want to step through it. Do you write better when you first have an idea of what your characters look like or do you write, then add character looks?

Anne:  I tend to write from the inside out; my characters are cerebral, formed from ideas.  The physical attributes are added later; they seem to flow from my fingertips as I record the characters' conversations.  The one exception is my heroine, Marlena Bellum, a young siren in human form who isn't aware of her siren ancestry until she's thirty. She had to be a strawberry blonde--a Titian goddess.  I associate hair of that color with supernatural powers.

Anne:   Everything.  I have always preferred the company of men, but only if they are intelligent.

Tonya:  I love it! We’re dying to hear about your latest book. What can you tell us without spoiling the storyline? 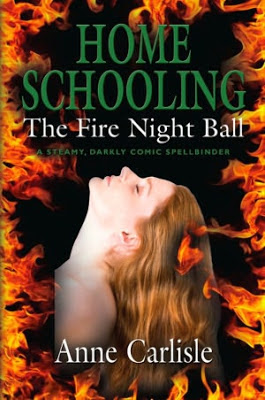 Anne:   Thanks for the opportunity. I'm very excited about the book I've just completed, the second in my Home Schooling trilogy.  One way or the other, it will be out within the next month or so.  The first novel lays down the main characters and follows a siren's reunion, which has dramatic events owing to a family curse that has been triggered by the adultery of the youngest siren. It has received six strong reviews.  However, I believe the second book holds a much stronger appeal for the paranormal audience as well as for an additional market, adult literary readers. The central story is historical paranormal about the curse plaguing the dwindling siren line. Set in 1900's Wyoming, it's a loose, kinky adaptation of Thomas Hardy's Return of the Native.It's told in 1977, at the height of the sexual reunion, to the youngest siren, with the express goal of discouraging her adultery and encouraging her unplanned pregnancy to save the siren line from extinction.
The frame of The Siren's Tale re-stages the characters from Book One. Marlena Bellum, the youngest siren and the main character in Book One, becomes the audience of the tale told in Book Two. The central story features a powerful, redheaded siren named Cassandra Vye, Marlena's ancestor. She's a character referred to in passing in Book One, but here Cassandra is not only the main character but also a first-person narrator, a ghost alternating with her daughter in the telling of the siren's tale. As her name implies, Cassandra has a rare ability. She can foresee the future. But, she doesn't have the power to change it, as she will soon learn.

Act I: It's October 27, 1900, in Alta, WY, an evening event called First Fire Night.Beautiful newcomer Cassandra lures the local heart-throb, innkeeper Augustus Drake, a handsome Scotsman who was supposed to marry a locally popular girl on this very day, but because of a problem with the license, didn't. She signals him with a bonfire, and he comes. Hearing of it, Goody Brown, the local religious nut, punishes Cassandra with a public hexing in church, also lays on her a sophisticated curse learned from a tribal shaman in the Black Hills. Essentially the curse says the siren's lovers will suffer untimely deaths. Ditto for the evil one's descendants. Makes it difficult to carry on the siren line. Based on a dream of her lover's death, Cassandra discards Drake for his own safety. She then mesmerizes and marries yet another handsome native, Nicholas Brighton--even though he's a gay guy and his mother's dead set against it. Widow Brighton dies of an adder's bit, Cassandra is blamed, and the marriage falls apart. She's outta there. Her lover plans to desert his wife and baby and leave with her, but he's killed by a lightning strike on the mountain. Cassandra is saved by her ancient traveling cloak (a siren's best friend, along with a baroque zither). She realizes that attempting to forestall the curse didn't work. Two are now dead.

Act II: Cassandra, with a little help from her powers, climbs to success in California as an actress and film writer. She's in Hollywood with the likes of Lois Weber and Anita Loos. Therefore she misses the San Francisco earthquake of 1906. Her ex-husband happens to be there, and Nicholas is killed in it. Three are dead now.

Act III: On the eve of WWI, as a lark Cassandra pretends to marry an embarking soldier and gets pregnant by him. He dies, and when she gets his effects, she learns that he was her houseboy in Alta, who always loved her. That's four dead. The rest of the story is about Cassandra's redemption through good works and good parenting after the birth of her daughter.

Tonya:  Sounds like a story laced with many questions our readers will want answers to. Where can our readers find you and your books?

Anne:  My present publisher and my buy links are on my personal webpage.  I will post there the links for my second novel as well...be on the lookout within the month.

Anne: That talented folks like you, Tonya, are a huge help to the writing community.

Tonya:  You make me blush, Anne. I truly just enjoy helping others get a start because someone a long time ago helped me, but thank you! What is your favorite night time snack?

Anne:   I like the toppings better than the ice cream.

Anne:  Northern Italian food, the creamier the better. Like my fictional siren line, I originated in the Italian Alps.

Tonya:  Anne, thank you so much for being with us all week. Readers, please leave a comment or questions for Anne while she's hanging out here with us! Be sure to visit her websites and read about book one!