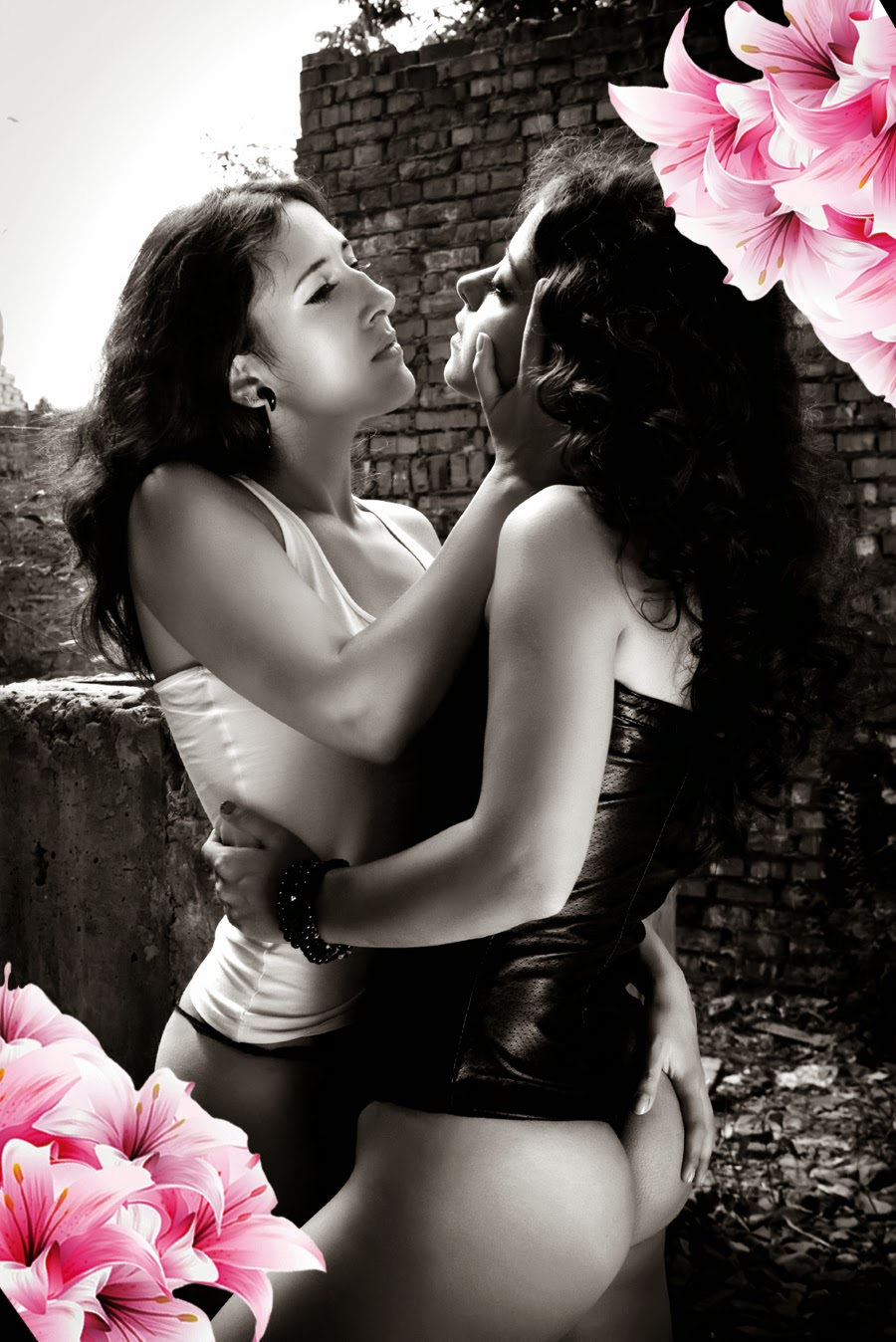 'Through His Lens' series

I'm not sure why I find myself drawn to women who love women, but these scenes make their way into my books very easy! Women just know what another woman feels and what she wants. Don't get me wrong, guys, we love how you love us, but let's face it, there are others out there who love the same sex and I'm okay with that. Writing for women comes easy for me and I want to write for that group of readers, too.
I'd written a short story several months ago, added to it for an anthology and will be adding a little more to make it book one in the new series. Sandi models for a friend who shoots for magazines and he's been asking her to bring in another model. Kiera is who she'd love to have model with her as she's been longing to see her best friend in lingerie. Sandi hates that guys treat Kiera so bad and she keeps going back to them. One day she'll get the opportunity to prove to Kiera that she needs a female lover, not a male. I hope you enjoy the series.
I'm debating whether to release book one or wait on it's release until book two is completed. What are your thoughts on series...do you like it more when the books are released a month apart, all at once or about three months apart? Chime in here and let's chat about that.

Excerpt:
“Put your arms above your head and grab the back of the cushion. Keep your hands up there, as though they’re tied.”


Sandi placed her hand on Kiera’s hard abs and began to touch higher until her hand cupped a breast, taking the full weight of it in her hand. She massaged it, feeling the nipple poke her palm. Scooting closer, Sandi stretched out next to Kiera and lifted her tank top to expose her breasts, full, supple...with nipples begging to be sucked. Soft perfume aroused Sandi even more.


She’d waited so long to feel Kiera’s nipples on her tongue.


Her hands shook with excitement at finally being this close to loving Kiera. She cupped a breast and took a nipple into her mouth, sucking it, moving her tongue over the puckered skin and Kiera moaned. As Sandi gently bit the nipple, her other hand pulled open Kiera’s thighs and rubbed her pussy through her silk shorts, pressing her fingers into her center.


To her surprise, Kiera’s hips rose to meet her hand, rising as though she were fucking her. Sandi took her chance and pulled the shorts and thong aside to look at her pussy and plump lips. She opened the labia and the hard little clit peeked out. Sandi licked her own lips and then slipping her fingers deep inside of Kiera’s wet, satiny lips, she plunged and pumped into her hot slippery juices. Kiera cried out and panted, but kept her hands above her head. Sandi bit harder on her nipple as her fingers went deeper, swirling over the roughened g-spot up inside. Muscles tightened around her fingers.


Sandi lowered the foot of Kiera’s recliner, leaned over Kiera and tugged her shorts and thongs down her hips and thighs. The tank top stayed tight above her breasts and now naked, Sandi took in the sight of her beautiful slender body. “Don’t move and don’t touch that blindfold.” Sandi knelt, opened Kiera’s thighs wide and pulled her ass to the edge of the seat. To finally see Kiera’s shaven lips, open and waiting, her mouth watered with anticipation. Her pussy tightened. She blew on Kiera’s lips and her best friend whimpered.


Reaching for the towel and dildo between the cushions, Sandi tucked the towel beneath Kiera’s ass and then turned the toy on, put it into her mouth and wet the length of it. She couldn’t help it, she had to run her fingers over Kiera’s shaven pussy, ever so lightly. Placing the tip at Kiera’s vaginal opening, she slowly inserted the tip, pulled it out to tease her clit and put it in deeper until the whole thing disappeared. Sandi leaned forward and with her other hand, held open Kiera’s lips so she could see how hard her clit was. It stood at attention and begged to be touched. Pink and beautiful, glistening with honey. Sandi leaned down and slowly ran her tongue up the length of her slit, feeling the hard nub quiver on her tongue.


Kiera squirmed and whimpered. “Yes....oh my gawd, that feels so good.”


“Keep the blindfold on. Pinch both of your nipples as hard as you can...that’s it. Roll them between your fingers. Press your breasts together for me. Gawd, Kiera, you’re beautiful.”


Did she dare try to kiss Kiera yet?

CONTEST:  Leave a comment and I'll pick one winner for a $15 gift card...surprising what you can find on Amazon!! *wink*