ONE URGE,ONE PLEA KEEP ME
A FANTASTIC TRILOGY from SCARLET WOLFE 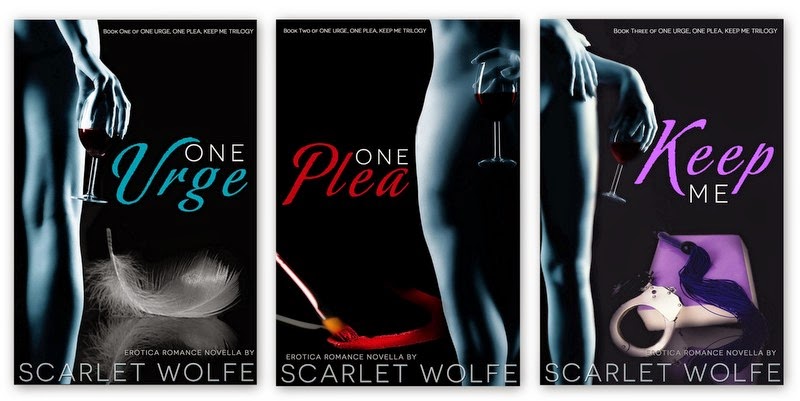 Erotica romance author and owner of one of the largest publishing companies, Damon Lear, has secrets that keep him out of relationships and into behavior that is taboo to many. He is willing to set his strict rules aside for one memorable night with romance writer, Alayna Wynn, who he meets at his friend’s wedding. He fails at propositioning her, but they share one heated kiss, and he assures her they will meet again.


Damon gets his opportunity to seduce her when he rescues Alayna, keeping her from being stranded in an airport during a snowstorm. Unable to leave his penthouse for days, she discovers it is impossible to resist the handsome, mysterious man who wants nothing more than to give her pleasure and make her submissive. Alayna’s heart encounters feelings she wasn’t expecting, and when her needs are not met, they both attempt to move on.
Damon sees that living the way he did before she walked in and out of his life is now impossible as thoughts of her consume him. He lures her back, and Alayna falls deeper into his world of BDSM. She is surprised to find it thrilling and wants to please Damon more than ever, being a willing participant in his hot fantasies.
Their relationship is soon threatened when details from Damon’s past are leaked to the media. He’s forced to take Alayna away and share with her his darkest secrets. Exes resurface, family interfere, and paparazzi stalk them, causing chaos. During it all, Damon battles to hold on to control by pushing Alayna sexually, introducing her to new, enthralling experiences.
He soon realizes he’s losing the hold on his heart when he witnesses Alayna fighting for the both of them. Will she submit to him completely? Do they stand a chance when obstacles from their past collide with their newfound relationship? Or will this news cost Damon his reputation, business and most importantly Alayna? 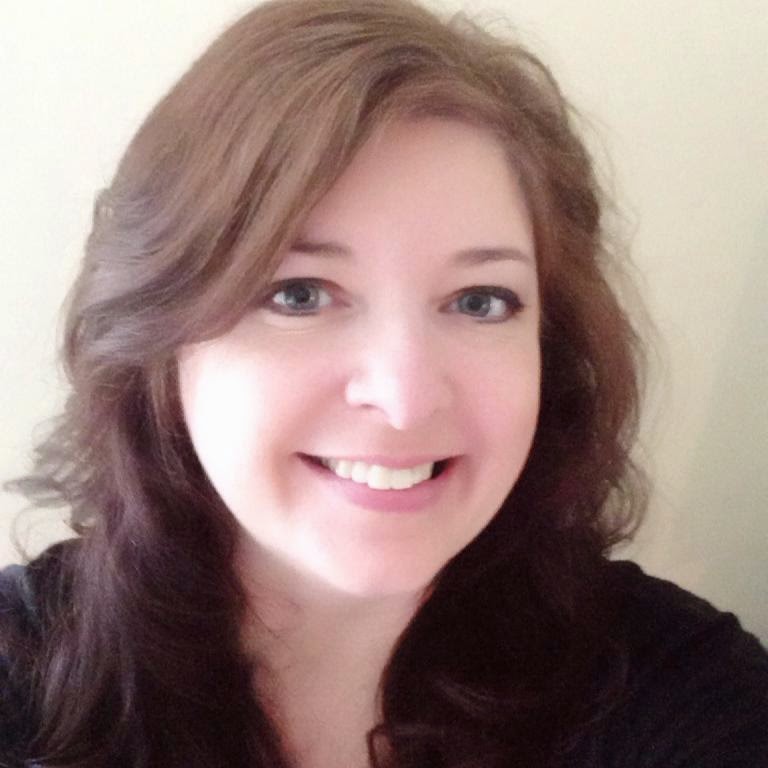 About the Author: Scarlet Wolfe began writing in January of 2013 as a way to distract and heal from some of the grief she was dealing with after the death of her teenage son.
She instantly fell in love with bringing characters to life. Releasing contemporary romance throughout 2013, she has branched out this year, releasing erotica and teen.
When not writing, Scarlet enjoys spending time with her family and friends. She loves coffee, chocolate, wine, stories about possessive, hot alpha males, and other flavors of ice cream besides vanilla. ;)
She hopes her writing will encourage readers to feel more comfortable exploring their sexuality.


You can find Scarlet at: