A Great Interview with Talina Perkins 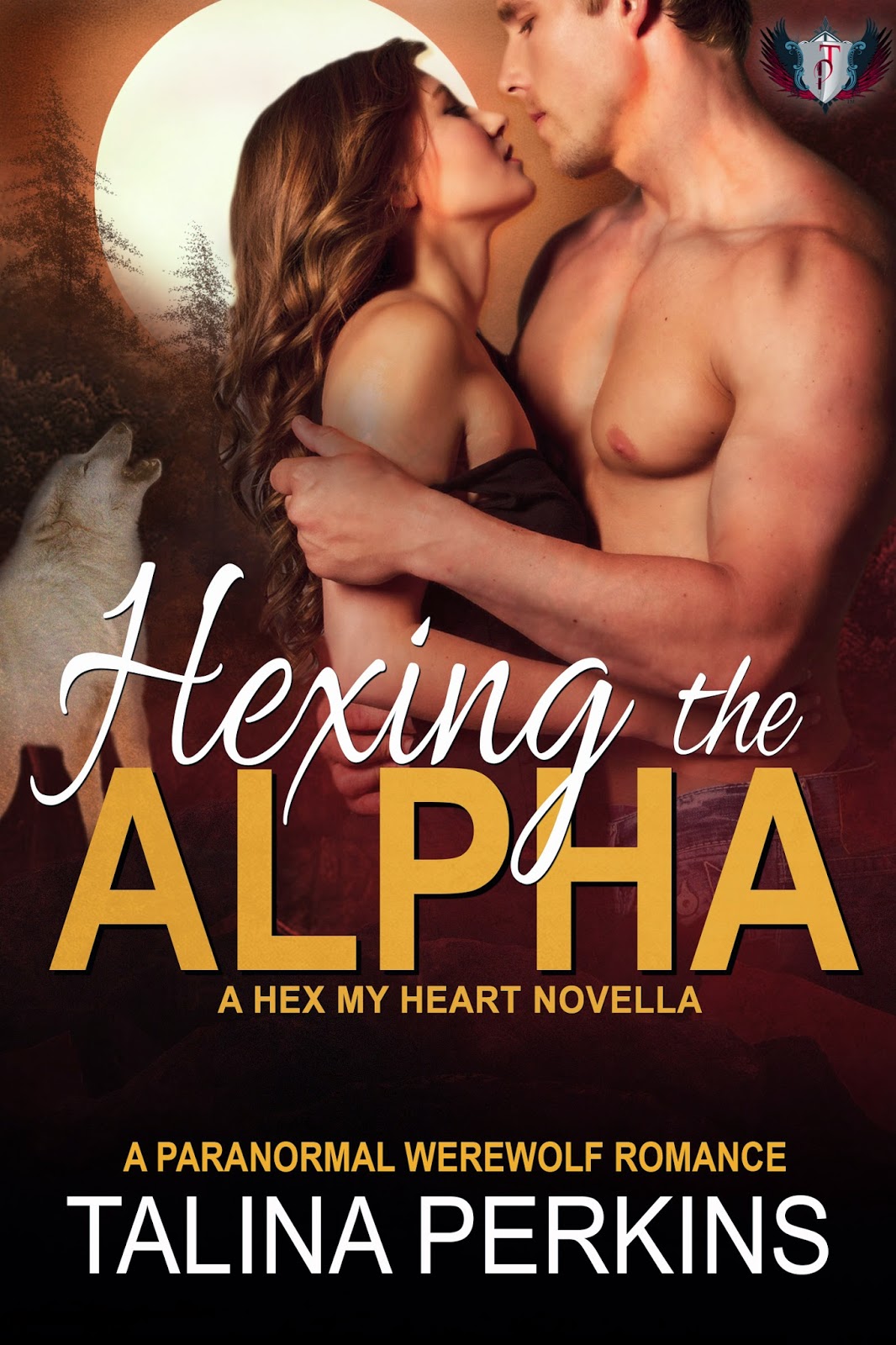 Talina:  First, thank you so much for having me here today, Tonya! Hi everyone! For those that don’t know about me, I write steamy military and paranormal romance books with fast paced plots, strong heroines, and kick-ass alpha heroes.
I was born and raised in Mayberry USA and moved to Mexico when I was fourteen. I’ve been writing for a little over five years after swearing up and down I would never write a book. You know what they say about never saying “never”!

Tonya:  Do you have a day job?

Talina:  I do, however, after publishing my first release it’s more of a night time job. By day I write and by night I work with authors as a cover artist. Come to think of it, at times it’s hard to tell when one job rolls over into the next because I design all my covers too so there’s really no end to one vs the other.

Talina:  I don’t have so much as a thing, but more of just knowing how my muse works. I have a mini-laptop I write on that I can easily disconnect from the internet. So when it’s time to write, I turn off all other electronics so I can focus. I also clear my desk of all other projects I’m working on such as outlines for books I’ll be writing at a later date and make sure I have nothing but the notes from the story I’m currently writing available. If I don’t, my muse will work over time in trying to convince me the next story is what I should work on instead. He’s a tricky beast that one!

Talina:  HA! Up until three months ago I kept them anywhere I could write them down and then stacked the random pieces of napkins, scrap papers and even a piece of a dish towel (writers will jot down notes on anything!) on the side of my desk for future treasure diving. That all changed toward the end of December when I couldn’t find my desk under all the mess! I now have all my story ideas, bits and pieces and full-on outlines nicely organized in folders sorted into genres.
And where do they come from? When I first started writing, I wondered this too. I thought authors must be magicians with how many story idea I saw turn into wonderful books. Now that I’m on this side of the fence, I still think writers have magical powers but I’m a little more clued in as to the “how” behind the curtain. When you open your mind to the possibilities, ideas start popping up from everywhere. All I have to do is ask myself “what if” and then a snowball effect kicks in resulting in several ideas for me to pick from to flesh out and see if it has story qualities. Sometimes the ideas only serve for scenes, other times I have the seed of a plot at hand.

Talina:  Sure! I’ve been writing for five years and indie-published my first novella that kicked off my Sexy Siesta Series last March. Since then I’ve released two more novellas in the series with each set of characters to get their full-lengths this year. So there’s more sexy Recon Marines coming readers way! The Sexy Siesta series is just getting started!
From the start I knew I wanted to go the indie route and while I “prepared” to launch my writing career I kept an eye on the market. On what was working for others, why they went indie or hybrid. Or why they stayed with traditional publishing full time.
The more I read and learned the more I knew the indie road was for me. When I first hit publish on His by Sunrise, I thought I knew everything I needed to know to make it as an indie author. I had a good editor, good cover and all was well. NOT! Let me say that you never know it all. I certainly didn’t. A year into my career and I’m still learning in this ever evolving world of writing and selling books. If there is one thing I would pass on to others it is to always be teachable. Learn. Listen to others that have been where you are and apply your new found knowledge. To further that, don’t be afraid to do go outside the box not only in your storytelling, but also in the marketing aspect.

Talina:  I use to be a nighttime writer and could only write when everything was silent. I soon found if I actually wanted to be a published author I needed to change this because I was never getting the silence I needed and by the time evening rolled around my mind was too tired to create the kind of word count I wanted. As a mother of four and a homeschooler, I’ve been forced to teach myself to be an anytime-I-can-get writer now. Even if it’s fifteen minutes here and there. It all adds up fast and since I work on multiple manuscripts at a time, I stick to a strict word count and then move on to the next. This process has helped me create a release schedule of seven books this year!

Talina:  Oh there’s so much advice to give, you know. So much that I have learned, but had no clue about until after I had already published, but I think the most important advice I could give is to know what you want, which isn’t always clear at first, and know your market. With this information clear in your mind, you’ll be able to take solid steps toward your goal, but also build a future with your books.

Talina:  For me my hero characters are the first to arrive on the scene. Very rarely do I start writing without knowing who they are, where they came from and all physical attributes. They kind of show up with a problem to solve and something they want. I think I’m blessed in this really! My heroes have a way of just strolling into my daily thoughts and introducing themselves. The heroines are a little more difficult but their heroes tend to show me who would be their best partner and push them to their limits and be better.

Talina:  What a question! Wait, will my husband read this? Oh, well! He already knows of my addiction to bad boys and US Marines. ;) There’s just something about their “Dress Blues”! I love a man that can step up, take action and not question every move they make toward keeping those around them safe. At the same time, he has to be patient, understanding, and passionate. When I sit down to write, my heroes have to be all of these things, but they also have a soft side and most times, a side that needs healing because while they are the ultimate alpha hero, they’re also human.

Talina:  I have two books that recently releases. The third novella in my Sexy Siesta Series titled Sunrise for Three is out now. I absolutely LOVED writing this story and I can’t wait to revisit the characters when it’s time to write their full length. In Marc, Mia, and Colt’s novella you’ll be whisked away to Mexico in where Mia sets an erotic plan of seduction in motion that leads her former Recon Marine bosses into a dangerous position between protecting her from a vengeful drug lord and following their heart's desires.
I also just released the first book in my Hex My Heart series titled Hexing the Alpha! It’s a werewolf shifter series that follows four coven sisters as they find true love through their misadventures with love spells gone wrong and a hex or two.  Hexing the Alpha, follows Honor, a witch with a penchant for trouble and an alpha shifter with the power to leave her stripped bare in more ways than one. Readers can find out more here: Hexing the Alpha

Tonya:  Where can our readers find you and your books?

Talina:  Right now, I publish exclusively to Amazon. I would love to have you visit my author page, give a follow and be notified when I have new releases. I’ll also be branching out to other retailers with the full-lengths in the Sexy Siesta Series when they release. You can catch the release dates on those and my other releases on my author site Website and if you like to receive advance reader copies for review, giveaways and more please sign up to my newsletter! You can also find me on Facebook, Twitter, TSU and Youtube. I love chatting with readers so please don’t be shy!
A couple of other things readers might be interested in knowing is that all my releases are also being translated into Spanish! Two novellas in the Sexy Siesta series are already out with the third coming in March. I also have seven releases hitting the shelves this year with loads of prizes and contests on the way. The best way to get in on the action is to get on the list and follow me on Facebook! 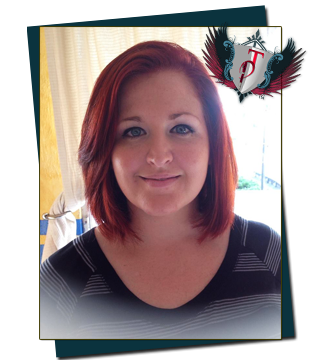 Talina is an erotic romance author of steamy military and paranormal romance books with fast paced plots, strong heroines, and kick-ass alpha heroes.
Born and raised in Mayberry USA, this small town country girl spread her wings at the young age of fourteen and moved to Mexico where she's lived for the past eighteen years. Now, Talina currently resides in sunny Puerto Vallarta with her four children and is married to a U.S. Recon Marine—her very own smokin’ hot hero.
By day she works as a graphic designer and by night she spins her creativeness into intricate webs of words.
Stay connected and up to date on upcoming releases, giveaways, and more. Sign up to Talina's newsletter and never miss out on the romance! You can also follow her on Facebook, Twitter, and Google + and at her blog. She loves to talk with readers so please don't be shy!

CONTEST?? – Yes! Leave a comment sharing your favorite genre and what you love so much about it and I’ll give away a Kindle copy of either Tequila Sunset or Sunrise for Three to one winner. (winner’s choice)