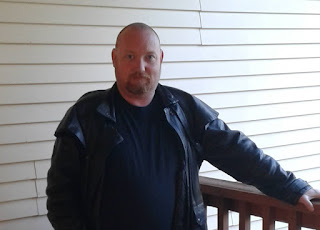 Readers, please help me welcome fellow romance author, J.S. Wayne, who is also Dom. You won't want to miss this so grab your drink. I interviewed him recently and I have to say, I learned a thing or two! Take a read through and leave a comment so he can respond back to you! 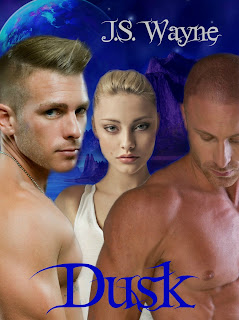 On the remote border world of Dusk, the Dusk Diplomatic Corps serves their planet as diplomats and aristocrats. A bombshell lands on the Corps when Terra sends a request for negotiations to begin mining the planet’s most vital resource: magickstone, a uniquely rare element that allows those exposed to it to use magick and to live an unusually prolonged and vital life. Olivia Gunnarson and her lover, Merrick Grissom, believe Terra’s real reason for wanting to mine magickstone is their desire for a new and devastating weapon of galactic conquest.
On Terra, Marine Corps Colonel Pedro Silva is dispatched as part of the Terran diplomatic team to serve as a military attaché. En route, he is advised of the unthinkable: The sitting head of the DDC, Ambassador Nils Trelawney, has been assassinated. A new and untested diplomat, Olivia Gunnarson, has been tasked to take his place. What Pete doesn’t count on is that the outwardly demure ambassador possesses a wild streak… and her bodyguard-lover will do anything to keep his charge safe and happy. But with an assassin in the shadows and diplomatic relations between Dusk and Terra in jeopardy, will a love affair save them or destroy them all?

Tonya:  Below is an excerpt from the book, do check it out. Readers, let's show JS some love! Where can our readers find you and your books?
J.S.:  Dusk will be released on September 8th, 2017, so right now there aren’t any buy links to speak of. However, I will be launching a special preorder sale on August 18th which I’ll be announcing the details of at my website. In the meantime, be sure to follow my blog, my Twitter and my Facebook for the latest on my upcoming releases and where to find out what’s happening next!
Tonya:  Is there anything else you want to tell our readers?
J.S.:  First, I want to thank Tonya for being such a gracious host, and you, gentle readers, for stopping by to check out what I’m up to! I’m very excited to get back into the writing game, and I really hope you are as excited to read my books as I am to produce them for you. Please follow my site for the latest news and happenings in my corner of the universe, and let me know what you think of my naughty, dirty, nasty, sexy, sensual world on paper!
Tonya:  Thank you, JS, for being my guest. I can't wait to check out the dirty nasty! I know my readers love that, too. Now let us into some of your personal life. What is your favorite night time snack?
J.S.:  Since I seldom eat after dinner, it’s rare for me to snack. However, if I’m going out to karaoke, I like to order nachos and a Northwest IPA called Total Domination when I can find it. Living in the PNW has turned me into a beer snob!
Tonya:  OMG! No wonder I felt a connection with you online! Hubby and I hosted a beer tap at a Brewfest, and Total Domination was the tap! I hate to say, but that night, I got Dominated! LOL Yes, living in the PNW has its perks! Do you like toppings on your ice cream?
J.S.: Usually I don’t, but every once in a while I indulge myself with Cool Whip, cherries and pineapple chunks, depending on what flavor I’m eating at the time. Cookie dough and mint chocolate chip don’t need any embellishment, in my opinion, so I rarely bother with it.
Tonya:  My fav is mint chocolate chip, with dark chocolate topping! What’s your favorite meal - Italian, Mexican, Thai, etc?
J.S.:  My favorite meals are:
Tequila chicken tacos – click here to see the recipe on my website!
Chicken fried steak, hash browns with cheese and gravy and scrambled eggs
Chicken fettuccini Alfredo (I’ve got a really good recipe for this, but it’s HORRIBLE for the waistline!)
Tonya: How did you come up with the original idea for Dusk?
J.S.: Dusk started life as a contest I held at the end of December 2013 as a thank-you to my readers, because I wanted them to have the chance to tell me what I should write next. The winning elements were MFM ménage (naturally), futuristic sci-fi (or speculative fiction, if you prefer), aliens, and magick, which I have to say was NOT the easiest combination of things to write! As a special thank-you to the winner, Cassie J. Reed, I also wrote her into Dusk as a character. I still owe her her own HEA…which I will resume work on shortly, I promise, Cassie! 😊
Tonya: With so many romance books being released every week, what about your book would make it stand out to readers?
J.S.: My stories stand apart because I don’t really like to write “damsels in distress.” Sure, I may put them in situations where they’re over their heads, but generally, I try to write strong, capable women who seek out and attract partners as kick-ass and capable as they are. Also, I like to write romance which hints of a much broader universe than just the narrow corner the characters in my stories inhabit. In Dusk specifically, there are elements of high fantasy, sci-fi, murder mystery, political intrigue, the military thriller and psychological suspense in addition to the obvious erotic and romantic components. It’s a book I feel people who don’t normally read romance could read and enjoy on different levels and for different reasons than romance readers, without feeling like they’re missing anything.

“It’s really quite beautiful, isn’t it?”
If Merrick hadn’t been lowering right behind them, he might have said something stupidly romantic like, “It’s okay, but without you here, it wouldn’t mean much.” He caught himself just in time and settled for agreeing with her. “It is.”
She scooted around so she was looking him right in the eye, as if trying to see through his iris into his mind or perhaps his soul. He cringed a little on the inside, but met her eyes with all the calm and discipline his training permitted.
“I… well, we… would like to ask you something.”
He raised his eyebrows in an invitation for her to continue, not trusting himself to speak. Her proximity and the soothing, warm scent of her body teased his prick into a vertical attitude, and he was suddenly sure if he said anything, his voice would crack eight ways to Sunday.
“We would like you to… join us.” She flushed, the red color flooding her face contrasting with Astaroth’s light in a way that reinforced his initial feeling of her as someone, or something, that did not fully share the laws of regular human existence.
“Join you? Like… how?” he asked.
“Well…” She fell silent for a moment, her bottom lip thrust out so tantalizingly that for a mad instant, he was tempted to lean forward and capture it gently in his teeth. She shook her head and looked at Merrick helplessly. “Help.” The word came out as a squeak so irresistibly cute that it took everything Pete had not to lean forward and take her in his arms.
Merrick knelt down behind her. “We’re asking you if you want her.”
Pete’s eyes bulged. Of all the things he’d expected, this wasn’t within parsecs of being on the list. “Wh-what do you—”
“Look, it’s not complicated,” Merrick said impatiently. “Do you want to fuck Olivia?”
Olivia’s face was now an alarming shade of purple in Astaroth’s light, but she nodded emphatically. “I want you, Pete. More to the point, I want both of you, together, inside me. I hoped that you would want me, too.”
Pete’s mind whirled back to the Above Top Secret orders he’d received on shipboard. He’d read the orders with disgust, knowing he’d follow them if opportunity presented itself but determined to find any possible way to avoid it. Now here Olivia was, with her bodyguard/boyfriend/plaything… whatever the hell he was, asking him to fuck her with the full consent and acceptance of her man.
A surprisingly vivid and graphic image of Olivia, balanced precisely between the two men, supported by their cocks inside her and their arms around her, seared into his brain. The vision was so powerful he could feel his brain melting into goo inside his skull.
“Are you serious?” he asked, husking the words over a parched tongue and sandy lips.
For answer Merrick pulled Olivia to her feet and began to undress her. He seemed to know exactly in what order to pull on the straps comprising her outfit to reveal her skin.


Born in Amarillo, Texas, Jericho “J.S.” Wayne has lived, worked, and traveled in approximately three quarters of the North American continent, amassing a résumé which could kindly be described as “eclectic” along the way. Currently he lives in Portland, Oregon and feels no particular urge to be anywhere else.
An author in multiple genres, a misanthropic humanitarian and cynical optimist, J.S. spends most of his time when not writing erotic romance turning words into money as a website designer, SEO/SEM consultant and article and blog writer, filling the balance of his hours as a polyamorous kink practitioner and educator. He is fascinated by the use of language, human sexuality, occultism, quantum physics and trying to figure out just what the hell the lyrics to "I Am The Walrus" actually mean.